The answer is: Yes. A stereo turntable can play mono records. However, for the finest sound quality, pick a mono cartridge that is compatible with your stereo turntable. In a stereo turntable, playing audio in mono allows for superior noise reduction because surface noise is significantly reduced.

What happens if you play a stereo record with a mono cartridge?

When stereo records are played on a mono VRII or RPX, the groove wall is destroyed further up. As a result, you won’t likely hear it until the mono tip wears down to the point where it touches the groove wall, at which point the stereo tip will pick it up.

If you’re a vinyl fan or are just getting started, you’ll learn a lot about turntable components, record types, and drive types, among other things. You may be familiar with the distinctions between mono and stereo, but how does this apply to records? What are mono and stereo records, what are the differences, and how do we handle each? Let’s get right to the point.

In the vinyl industry, stereo is the gold standard, however older albums might still be Mono. Stereo records, on the other hand, have two audio channels, allowing for a richer three-dimensional environment. The number of audio channels has no bearing on the sound quality. Even though turntables are designed to play stereo records, they may also play mono records. When playing mono records, utilizing a mono cartridge can actually increase the sound quality.

Are vinyl records stereo or mono?

LPs were frequently released in both mono and stereo versions for the majority of the 1960s and 1970s. In the early 1980s, stereo superseded mono as the only format available in the mainstream LP market.

If you have a vinyl collection that includes both mono and stereo LPs, you can safely play them both on a stereo record player, whether vintage or new.

Both the left and right speakers will play the same sound from a mono record. Both channels will receive the exact identical signal. As a result, mono LPs will not have a two-dimensional soundstage.

Stereo allows music from various instruments and musicians to be played in only one of the speakers, or in each speaker with variable phase and volume levels. This gives the impression that the instruments and musicians are stretched out in two or three dimensions, with space between them. They’ll sound exactly like they would if they were performing live on stage. We can create both a two-dimensional and three-dimensional soundstage with stereo.

Many albums were issued in both mono and stereo versions in the 1960s and 1970s. For two reasons, this was done. To begin with, to suit the needs of consumers who just require mono systems. Second, by releasing one format initially and then releasing the other format in a “special edition” later, sales will be increased.

Mono recordings are preferred by some vinyl collectors because they provide more focus, punch, and dynamics. Others, on the other hand, appreciate the soundstage that can only be experienced with stereo LPs.

Why is my vinyl playing in mono?

A more likely explanation is that the cartridge has been set up for mono playback, meaning it has been wired to play back in mono rather than stereo at the headshell.

What is the difference between mono and stereo?

Music is loved by most, if not all, people. We want to be able to enjoy our music as much as possible, which involves investing in high-quality earbuds and headphones.

The type of sound produced by an earbud or headphone contributes to that quality. Mono and stereo are the two main forms.

When turning a signal into sound, mono or monoaural sound only needs one channel. The identical signal will be sent to both speakers, even if there are many speakers. This gives the impression that the sounds are originating from a single location or source, even if they are emanating from different speakers.

In today’s technological age, most transmissions are better compatible with stereo sound rather than mono sound, which was once extensively employed for radio broadcasts.

In contrast to mono sound, stereo sound converts a signal into sound using several channels. This basically means that each signal put out is distinct from the others. When a music sends separate sounds to the left earbud vs the right earbud, like in the popular song “Bohemian Rhapsody,” stereo sound is required and preferred.

Stereo sound, on the other hand, creates the illusion of sound originating from multiple sources and locations, which is highly popular in today’s technology, particularly in speakers designed for the’surround sound’ effect.

There isn’t a true answer. It all comes down to personal preference and circumstance. Stereo sound, for example, is ideal for watching a movie with a lot of music and ambient sounds so that you can truly immerse yourself in the story.

You could prefer mono sound if you only wear one earbud at a time, which, believe it or not, is a thing. This is so that even if you only have one earbud in your ear, you can still hear the entire song and all of its sections.

How do you play mono?

The phonograph, the first machine that could recreate recorded sound, was invented by Thomas Edison in 1877. In the early twentieth century, Edison utilized wax cylinders to record sound, and recorded discs became popular.

Record players, as they were known in the 1950s, had become a staple of many American living rooms. This was the case “Music systems that are “mono,” or one-channel. All noises and instruments were mixed together in mono. Everything was said by a single speaker.

Stereophonic sound, sometimes known as stereo, was a significant step forward in sound reproduction. Two-channel sound was introduced with stereo, which separated aspects of the overall soundscape and altered the listening experience.

In their search for better sound quality, audio engineers had tried to increase the quality of recorded sound “”High fidelity” recordings that represented live sound more accurately. Stereo technology captured sound and replayed it in a way that more closely resembled how people hear the world around them.

In the 1930s, British engineer Alan Dower Blumlein pioneered two-channel recording. Stereo technology was not introduced into movie theaters, radios, or television sets until the 1950s.

Some instruments’ sounds may originate from the left speaker, while others came from the right, simulating the configuration of a symphony orchestra. It was also able to change the pitch of a sound from left to right or right to left, giving the impression of movement.

Despite the fact that Audio-Fidelity Records released a limited edition stereo record for industry use in 1957, consumers had to wait until 1958 for stereo recordings to become readily available for home use.

When did stereo records come out?

Stereo isn’t always preferable to mono. Stereo sounds more expansive, detailed, and authentic. However, stereo can cause phase cancellation issues depending on where it’s played, making it seem hollow, empty, and strange. When your listening environment is normal, stereo is recommended.

Whether stereo is better than mono depends on your circumstances and viewpoint.

As a general listener, stereo would be preferable because it adds width and sounds better overall.

You should, however, take a deeper dive and handle each instrument differently.

Because each instrument serves a different purpose in the mix, some should be stereo and others mono.

Find out which parts should be stereo and which should be mono in the following section, as well as how to use the stereo field as a producer/mixing engineer.

Is mono sound better than stereo?

Surprisingly, unlike Sgt. Pepper’s mono mix, the mono mix has no “AHA!” moments. There are no passages of well-known songs that make you sit up straight and ask, “What was that?” “Did I hear you correctly?” The mono provides no new perspective on an album that has been engraved in your mind for more than 50 years.

The stereo, on the other hand, sounds newer to these ears. Because the mono mix is more compressed than the stereo, it’s clear that it was made for AM radio. The mono version is more raw, but it sounds like a band jamming in a room with overdub. Meanwhile, the stereo is an experience, with panning, echo, and a little vocal flange, for want of a better word (that warbly, underwater effect). It unfolds in front of you as if it were a full-color painting. The mono, in comparison, sounds compressed and diminished from what it COULD be.

Consider the stereo mix to be an HD television, and the mono mix to be an outdated color television from the 1980s. You can view “Avatar” on either, but the experience is enhanced when the technology isn’t limited. 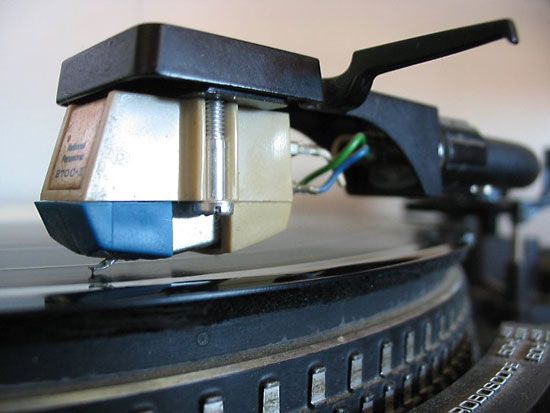