The limited-edition Philips LHH1000 has a transport (which houses the laser pickup assembly, the remainder of the CD player mechanics, and the servo electronics) as well as a separate digital-to-analog converter. The proposed list price for this player is $4,000, which is half the price of some other two-piece models but still twice the price of state-of-the-art single-unit CD players.

The D/A converter and digital filter in the Philips LHH1000 utilize unique “select grade” TDA-1541 AS-1 chips with four-times oversampling, according to Philips, and are expected to achieve more than 15,75 bits of resolution out of the 16 bits available in the conventional CD format. A Philips CDM-1 mechanism manufactured of die-cast aluminium alloy is used in the transport part.

A single-beam laser pickup floats on a radial/linear swinging arm, allowing for better tracking and faster access to the track. Favorite Track Selection (FTS) is also included, a feature pioneered by Philips and Magnavox (another Philips brand name) on numerous CD players significantly less expensive than this one. With FTS, you may configure the Philips LHH-1000 to play only the tracks or selections you’ve already prepared for a specific disc when it’s inserted. This is possible because each CD has an identification code, as defined by the Philips/Sony CD standards. This code, as well as the track numbers you wish to hear when the disc is played, is memorized by the player.

Transportation and D/ A coaxial cable or a provided optical-fiber cable with diamond-polished connectors can be used to connect portions of the Philips LHH-1000. The two components are a champagne gold hue, which is a nice change from the all-black finish that has been the de facto “standard” for high-end audio equipment. A smart universal remote control is included with the system, which can learn 150 functions from other audio and video remote controls.

Each of the Philips LHH1000’s components is fitted with a swing-down door, along the lower edge of the front panel, which hides seldom-used controls. With the panel closed, the transport unit shows switches only for power, drawer open/close, play/stop, and track advance/reverse. An elaborate display is also visible; it shows the usual track number, index number, and playing time as well as such modes as shuffle play and repeat, FTS data, and In tiny numerals from1 to 24, the total number of tracks present on the disc.

When the hinged door of the transport unit is swung down, numeric buttons, selection and memory keys, and program cancellation and recall buttons are revealed. Here, too, are buttons for “FTS,” the time display, repeat, and pause as well as rockers for fast-forward/reverse and “Index” forward/reverse. The transport’s rear panel has two coaxial digital output terminals and an optical output terminal. A fuse-holder is also accessible from the rear, and a separate power cord connects the transport to an A.C. source.

The front panel of the Philips LHH1000’s D/A unit has a power switch at the left and a central display divided into three areas. The first shows digital tape-monitoring mode (co-axial optical), the second shows whether the current sampling frequency is 48 or 44.1 kHz (it’s unlit when playing material made with 32-kHz sampling), and the third shows which of the two coaxial and two optical digital inputs has been selected. Opening the hinged door reveals a stereo headphone jack and level control, a “Digital Tape Monitor” selector, and an “Input Selector.” An abbreviated block diagram of the D/A converter is also screened onto the surface behind the hinged door. The converter’s rear panel is equipped with two digital coaxial inputs, two optical digital inputs, left and right unbalanced analog outputs, and left and right balanced XLR analog output connectors. A fuse-holder and a second power cord complete the rear panel.

I was surprised to find that Philips had not provided even one convenience A.C. outlet, either on the transport or the D/A converter. As things stand, you will need two wall outlets to power this two-piece system. Furthermore, you will have to push the power switches on both components to power up the player. (Philips says this is in keeping with the design philosophy of maintaining separation all the way to the A.C. wall outlet.) Measurements Since Philips’ published specifications suggest the unbalanced outputs will yield flatter response than the balanced outputs, I used this hookup for measuring performance of this system. No doubt, matching transformers in the analog section account for the slight deviation from perfectly flat response encountered via the balanced XLR output connectors.

In any case, interfacing the ordinary unbalanced RCA-type output jacks with my Audio Precision test equipment, I plotted the response from just above 10Hz to 20 kHz using my CD-1 test disc. I used a greatly expanded vertical scale (in degrees) to check inter-channel phase shift between channels. For all practical purposes, the shift was negligible.

A-weighted SIN ratio, referred to maximum recorded level, was a very high 112.8 dB for the left channel and 113.3dB for the right. These results are far better than the 101 dB claimed by Philips. A spectrum analysis revealed that the power supply components are extremely well shielded from the audio signal circuitry. There is virtually no rise in noise level at the 60-Hz power-line frequency or its harmonics.

Next, I plotted THD + N (expressed in dB and referred to maximum recorded level) versus amplitude, from 0 to – 90dB, using a 1-kHz test signal that decreased in amplitude indiscrete steps. Some slight increase in THD + N was noted at higher output levels and was caused, no doubt, by a minute amount of nonlinearity in the analog output circuitry as higher audio levels were reached. The THD + N value of about – 86 dB shown for both channels at O-dB recorded level corresponds to roughly 0005%. This is just about what I measured at 1 kHz when I plotted THD + N versus frequency for a signal recorded at maximum level.

In a spot check of SMPTE-IM distortion, using test signals at maximum recorded level, I obtained readings of 0.00315% for the left channel and 0.00265% for the right. I have recently acquired a new test disc issued by Philips. Much of its content is similar to what the CBS CD-1 test disc offers, but a couple of tracks yield new information that I thought might be worth including.

I have come to the conclusion, as have others, that the most important difference between the “good”, “better,” and “best” CD players is their ability to reproduce low-level signals with good linearity. The three tracks of the CD-1 test disc I use for checking linearity are, therefore, the tracks that perhaps tell me the most about a CD player-no matter what its cost. Our tests showed the Philips LHH-1000’s deviation from linearity using undithered signals from 0 to- 90 dB. Linearity was virtually perfect down to – 80 dB; at- 90 dB, deviation from perfect linearity measured between- 3 and – 4 dB.

These results are above average for most CD players I have tested from this era, though they are not the best I have ever obtained. Some CD players costing a good deal less have yielded equal or better results for linearity. The same holds true for the test using low-level dithered signals covering the range from – 60 to – 100 dB.

Once again, deviation from perfect linearity was between -3 and -4 dB at -90 dB. Because of the dithered nature of the test signals, I was able to read down to – 100 dB, where deviation from perfect linearity improved somewhat, to between – 2 and – 3 dB. Up to this point, I had not been able to measure any difference in performance when I used the optical or the coaxial interface between the system’s two sections.

I decided to give the comparison study one more try during the fade-to-noise test on the CD-1. Sure enough, a difference finally turned up. There was a deviation from linearity using the coaxial interface; it also shows how noise increases at low levels (from about – 110 to – 120 dB).

The remote control for this device is really versatile. During the bench tests and subsequent listening tests, the remote was used to control almost every function of the CD player. I tested the tracking capabilities of the transport with my two new “defects discs.” Whenever the data gaps exceeded 1 mm in length, mistracking occurred. (Since I started using these test discs, the greatest data gap any CD player has been able to track is 15 mm; poorly tracking machines misbehave at or below 0.7 mm.) I, along with several friends who had the opportunity to compare this player to one that is somewhat more linear at low levels, did not hear the modest linearity variation at ultra-low settings. From massive orchestral compositions to chamber music with light, really delicate parts, I listened to it all.

Philips has clearly endeavored to design and create a reference CD player and has gone to great lengths to do so. The two components are lovely from an aesthetic standpoint, and when mounted one over the other, they provide the sense of elegance and flair that I’m sure was intended. Philips is unlikely to sell a large number of this two-piece CD player. Rather, based on the technology found in the Philips LHH-1000, Philips may develop more affordable models that incorporate much of the new technology found in this, their reference CD player. 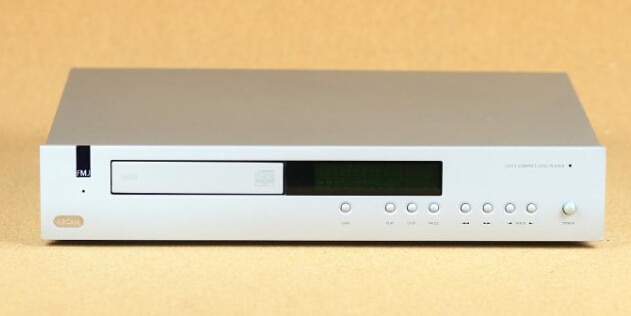 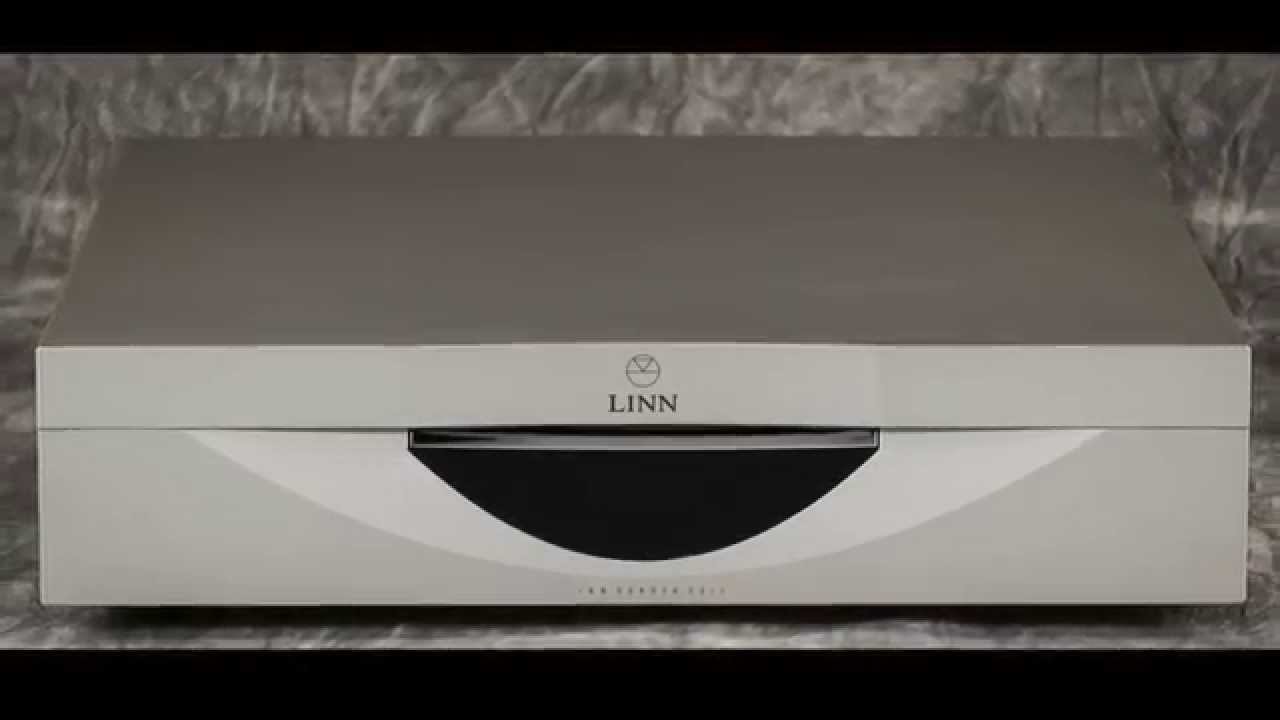